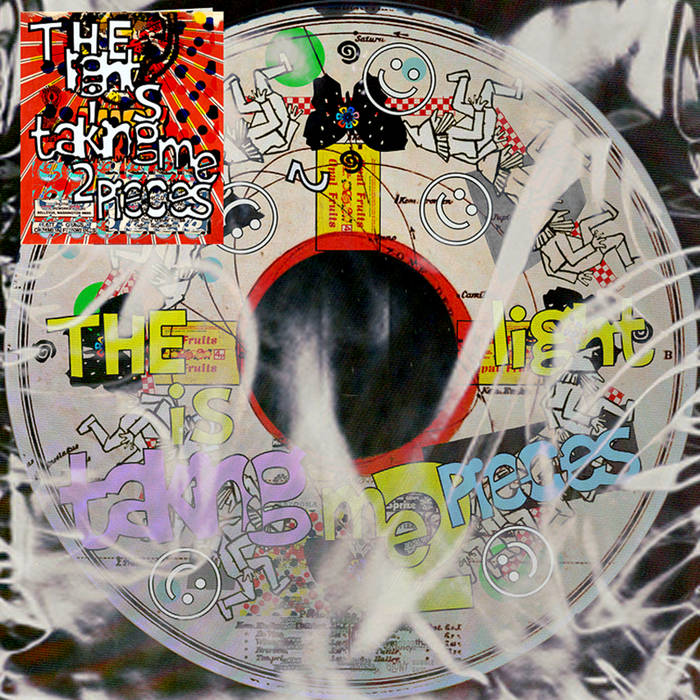 I made this mix/art nearly seven years ago – The title is taken from an iconic panel in the watchmen graphic novel when Jon totally atomizes to become dr. manhattan which still to this day remains one of my favorite books because it was such a visceral experience. Came at a time when I had been drudging through a lot of the “LITERARY CANON” people obsessed with Mopy Dick and like Jane Austen and shit which YEAH has its time/place don’t get me wrong but it was very clear to me then that there was no going back in terms of form, these were radical new times back then, the fidelity changed, Watchmen brought a level of seriousness intellectually with the fidelity of the new multimedia world and it blew things 2 pieces.

This mindset is something that has always stuck with me when working at my own art. Painting/Graphic Design Posters/The ALBUM Cycle its a good time to think of not only new forms but of new contexts as well.

The art here probably doesn’t look like much in todays feed but back then (eh grandpa!) no one was adding the fidelity of the plastic and context of packaging onto the images intentionally. Its everywhere now and you’ll see these mixed up feelings continue to bubble that technique but I do admit it bums me out being at the very precipice of that innovation without much credit (crying)

These mixes are sort of an exploration of those mixed up feelings anyway. I’ve always loved this multimedia vibe and it makes sense why its ubiquitous now – Visually the artworks roots comes from the scanner and its a response to the loss of physical media.

Someday I hope to write how the scanner changed absolutely everything but what a bore!

Anyway there’s a txt document in the folder that held this mix and I think it must have summed up my mixed up feelings at the time of creating this somehow:

🤦🏻‍♀️ scrambled bits dormant in the cache of a paste function wholly rendered by ctrl+v 🤦🏻‍♀️ what does it mean? Was it an impossible task to find the origin, context, a/o intention of these pieces?
🤦🏻‍♀️ Experiments Began / by smashing symbols together the resulting combination of the three enigmatic ingredients created another symbol 🤦🏻‍♀️🤦🏻‍♀️🤦🏻‍♀️

/ immediately radiating and blasting electric noises laughing and crying shards in all directions at once. /


what emerges is a mixture so paradoxical and confounding it must be the universe within itself, a divine gestalt of the scramble makers condition.

The mix is alive. It became the era of 😂

i wanted this mix to sound like laughing and crying at once to transcend into: 😂

MF DOOM is given his flowers, plus appearances from MC Jada Imani and Stanley Ipkuss