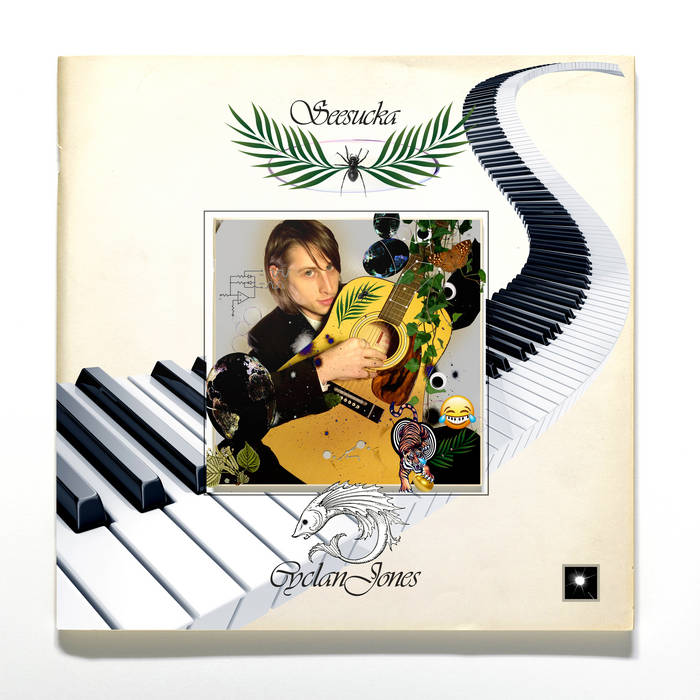 Originally released in 2017 to nearly complete radio silence Seesucka 2020 is a 'simultaneously animated' conceptual P.O.P®. program invented by Cyclan Jones. Among a dense sonic meshwork of innovations and eccentricities Cyclan blends together a shapeshifting auditory atomic sequencing so far out that the lyrics go lateral and the frequencies hum and fold inward subliminally. Features guest verses from the animal kingdom, meditations on orgasms, and even a mathematical formula for reality itself(?). “Dear Oppenheimer, there’s something written in sidewalk chalk here flashing its electric brights.”

In 2018 the project was disowned and subsequently removed largely from the internet when the programs inventor Cyclan Jones experienced 'a fragmentary collapse in the functions of a how-to-help-yr-selfie self-help mental meltdown.’ When asked why the project was called Seesucka 2020 CyJo (at the time) replied that ‘its likely to be three years ahead of itself maybe even more’ while alluding to a new invention in prototype known simply as ‘The Superconductor 2020.'

THEJJC.ORG is humbled to announce that we're going to be releasing all upcoming inventions from Cyclan Jones and as a welcoming blessing we are presenting CyJo’s Seesucka 2020 program here in its entirety. We hope you enjoy this one of a kind far out journey… with more to come.

Seesucka 2020 along with all the other projects from THEJJC.ORG are always available for free and include an option for donation which directly supports the artists and organizations many projects to come.